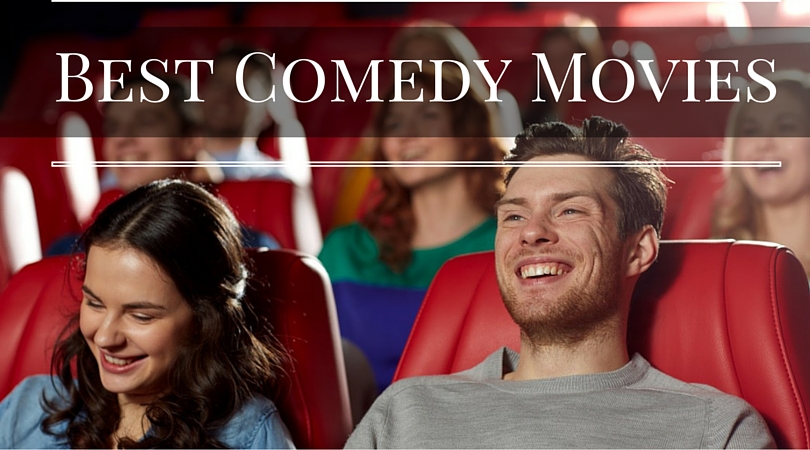 Before few days, we posted the a post about Top-Rated Movies Of Tom Cruise, and now we are going to list some comedy movies that entertain you the most. So here is the list of 15 best comedy movies that are all time favorites and must see for viewing pleasure. These are some funny movies which should be considered to spend some good time with friends and family to grab some lighter moments of life with these world’s Best comedy movies.

Plot: Bruce Nolan(Jim Carrey),a T.V reporter from New York get the power of god and try it for a week. He came to know how hard it be to become the god himself .Although the review of the movie was not as good but if you want to see some Jim Carrey’s  comedy then it is advisable to watch this comedy movie to treat your soul with lots of funny jokes and scenes.

Released in the year 2013 and directed by Joe Swanberg

The movie is very hilarious, funny and side by side emotional with a pure comedy and a story in which Luke and Kate, coworkers and best friends works together at a craft beer company in Chicago.
The acting is awesome and nominated for the Audience Award for Best Narrative. This movie is the story of the modern relationship and funny complication in that. Unlike all other comedy movies, it has some story which is hilarious and very funny and should watch at once to fill your palette with serious jokes and senses of humor.

Released in 2015 and written by Brian Lynch, directed by Kyle Balda, Pierre coffin

This movie is the part of despicable me franchise in which three minions Bob, Kevin, and Stuart begin helping some funny  criminals Scarlett and herb.

It is a pure comedy animated movie with earnings of $1.1 billion in theaters and it is 11th highest earning ever for a comedy. It is not best comedy movie if consider quality but somehow very funny jokes can be seen from their parts.

After graduation, James (Jesse Eisenberg ) joins a job at a very crappy amusement park called Adventure land and fall in love with Em (Kristen Stewart),The jokes are really god and very funny although this is the best comedy movie with neat and clean direction and a desire of more comedy is always persist.

After providing their service to London police force Nicolas Angel ( Simon peg) is transferred to Sanford  Gloucestershire  an ideal village with promotion and sudden deaths started on their arrival to that particular village .It is very hit and popular movie and so famous all over the period of its release in 2007.

The scenes are very hilarious and moreover looking very tragic with the taste of humor and British best comedy. It is directed and acted accordingly with the witty and dry humor for which British are famous for and expected for same in the best comedy movie.

This story of a prince Akeem (Eddie Murphy) from the country of Zamunda (Africa), his parents wants to marry him with a girl he never met and unhappy with that situation he moved to New York to met his soul mate for what he is without his wealth and royalty.

The movie is having some funny scenes and lots of jokes and humorous dialogues this is the best comedy movies that are must watchable and should be considered for making your day fill with humor.

It is a comedy film in which Woody Harrelson stars as Roy Munson, a former  star in the professional bowling game, is forced out of professional bowling when his hand is cut off in a hustle.  Munson tries to pick up the pieces to his career by mentoring Ishmael, played by Randy Quaid

Kingpin the best Farrelly Bros. Comedy movie of all time? Probably not, but it has an awesome cast! Woody Harrelson and Bill Murray are obviously fantastic, but Randy Quaid and Vanessa Angel are really good in the movie for funny and pure comedy.

For a Good Time, Call…

Written by former roommates, Lauren Miller, and Katie Anne Naylon, For a Good Time, Call… is about two women who hate each other, Lauren (Lauren Miller) and Katie (Ari Graynor), but they’re moving in together after Lauren’s dumped by her boyfriend. To make rent, Lauren and Katie start a phone sex service.

For a Good Time, Call… premiered at the 2012 Sundance Film Festival and was picked up by Focus Films.

Overall, it’s a good comedy movie which is likely to be watched those looking for some best comedy movie

In Black Sheep, Al Donnelly (Tim Matheson) is running to be the Governor of Washington (the state, not D.C. — that position doesn’t exist there). Unfortunately, Al’s brother, Mike Donnelly (Chris Farley), is a huge screw-up. He can’t do anything right, and it’s having a negative aspect of his campaign. To ensure Mike doesn’t cost him the race, Al hires Steve Dodds (David Spade) to watch over Mike and keep him out of the public eye. That’s a lot easier said than done because Mike is basically a human tornado.

Black Sheep was produced by Lorne Michaels, as are a lot of movies starring Saturday Night Live stars.

The election is a funny pure drama-comedy film or comedy best film that premiered in 1999. The film is based on the novel which is also titled Election by Tom Perrotta that was published the year before.

Axel Foley (Eddie Murphy) is the funniest cop in Detroit. After a friend is murdered, Axel fakes a vacation in Beverly Hills to solve the murder and hold those responsible for that act of cold blooded murder. This is the best movie that should be watched to enjoy some real comedy.

It sounds like a very funny premise, but Beverly Hills Cop is very funny indeed startlingly it was written to be an action movie with very little comedy. After a few rewrites and throwing Murphy into the mix, the film became one of the best comedy movies.

Often dismissed as a candy-coated time capsule of ’90s teen culture, Clueless is (as any true fan knows) a classic comedy of manners and social critique inspired by Jane Austen’s Emma. Let Heathers have the psyche-scarring and in-fighting; Clueless takes awkward, hormonal, status-obsessed interactions to sublime levels through heightened dialogue and a startling clarity of ideas. Many of the best comedies want to make sure you’ve seen their dark underbellies, but as Mean Girls and others have proven, laugh-out-loud films aren’t required to vibrate on a frequency of cartoon violence and subtle (or not) misogyny to make their marks.

It’s a very funny and pure best comedy movie which is based on the good story with an aim to provide some high-quality entertainment to their viewers and should consider watching it. The acting and funny scenes of Ben stiller are very awesome

This is a movie that belongs to some girls who is having some great sense of comedy and this is what they try to show in that movie, Apart  from Lohan’s better comedy some more humor is desirable so we can easily predict that there is lot more get to see apart from the good sense of comedy.

The movie is fabulous and the star cast Dustin and Anne are looking pretty good doing that different style of comedy from which the movie is all about based on.

Although it’s not the biggest hit but yes, some scenes are very funny and best in comedy films, this movie faces a lot from critics and so that should be different in all aspects that make it the best comedy film of all time.