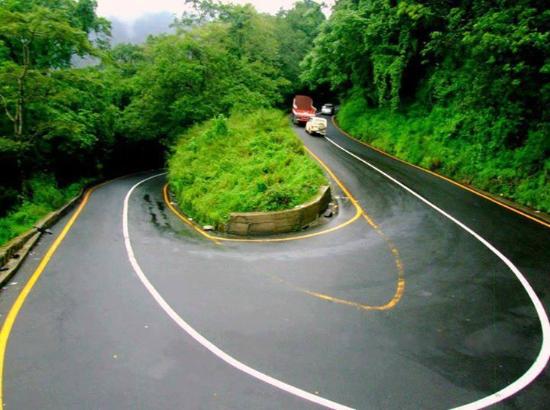 I reached the Mangalore International Airport during the monsoons for attending a friend’s wedding on the weekend. The marriage and reception carried on without a hitch, and I was delighted to spend another few days in the coastal city of Mangalore for my most awaited holiday which was long due after a year’s worth of hard work at the office for which I missed out on the holidays. Getting away from the hustle-bustle of the IT sector, my trip to Mangalore turned out to be just that breath of fresh air; I was in much need of.

On landing in Mangalore before the wedding, the first task I accomplished was to book a dependable local car rental in Mangalore. This move turned out to be of much help as I was able to help my friend’s parents with the wedding paraphernalia as the friendly chauffeur. But, honestly, I needed the rental car to explore the city at my leisure. This was a great idea when looking at budget vacations near Mangalore.

After exploiting a variety of fresh seafood at the local fish market and shopping for trinkets to take home for family and friends, I decided to make the most of this getaway. One of the local fishermen suggested Agumbe as it was the monsoon season. He said that the mystic charm of Agumbe is best experienced during monsoons. Thus, I narrowed down on Agumbe to enjoy my weekend getaways near Mangalore.

Agumbe located in the western ghats of India in North Karnataka is referred to as the Cheerapunji of South India as it records the highest rains in South India that had me intrigued with the place.

The beautiful rainforests are believed to be a panoramic treat to the eyes, particularly during the monsoons. So, this had me packing my backpack. I decided to rent a reliable car with an experienced driver in Mangalore as driving during the rains and sometimes on muddy terrains requires a skilled driver having the expertise of comfortably driving on different terrains and changing seasons.

This was also because that I had discovered after talking to Mangalore residents who suggested a cab drive to Agumbe from Mangalore was my best bet and even more so during the monsoons when it either rains heavy on occasions or is under constant drizzle blanketed by fogs adding an air of freshness and earthly allure.

An overview of Agumbe

Randomly, I started making Agumbe memories with my first stop being the Kavaledurga fort trek. Surprisingly it turned out to be one of the best parts of my monsoon trip to Agumbe. The trek begins through the paddy fields after crossing which I reached the stone-paved path up the hill where you get to view the beautifully erected fort where the constant rain enhances the charm of this timeless beauty that has stood the test of time. I had already taken the precaution of lacing up my skid-proof sneakers, which made my trek a relaxed affair with nature.

Next on my checklist during this one day picnic near Mangalore was the sunset point, which is about 2 km away from the center of the Agumbe village. The path leading to the sunset point leads through the forest, which was the icing on the cake as I am an adventure traveler. At this juncture, I met some of the fellow travelers heading to Shimoga and Udupi, thus realizing that the small village of Agumbe lies in between roads that connect Udupi and Shimoga. And once close to Udupi, I could not miss the chance of savoring some very popular dishes from Udupi which are reputed in the whole of South India. The Someshwara Wildlife Sanctuary was yet another place that I could not afford to miss to catch a glimpse of tigers, leopards, king cobras, and more.

How to reach Agumbe- Cabs from Mangalore

I was glad that I opted for a car accompanied by an experienced driver who made the trip effortlessly convenient. The distance from Mangalore to Agumbe is approximately 98 km, which my driver covered in about two and a half hours. Although there are frequent buses from Mangalore to Agumbe, traveling by car allowed me to capture the picturesque bends and twists of the beautiful roads leading to the mysterious Agumbe that is more beautiful in the monsoons.

As there are many flights from the major Indian cities that frequent the Mangalore International Airport, reaching the destination for my friend’s wedding was quite easy and so was renting a cab for local commute. I chose to take a road trip to Agumbe while there are frequent buses available as well. What more? The one day outing near Mangalore also allowed me to further explore the delicacies of Mangalore, Agumbe, and Shimoga.

There are trains available to Mangalore from most of the south Indian cities but not directly to Agumbe. Thus, reaching Agumbe by cab via Mangalore was my ideal itinerary. I found Agumbe to be ideal for weekend getaways near Mangalore.