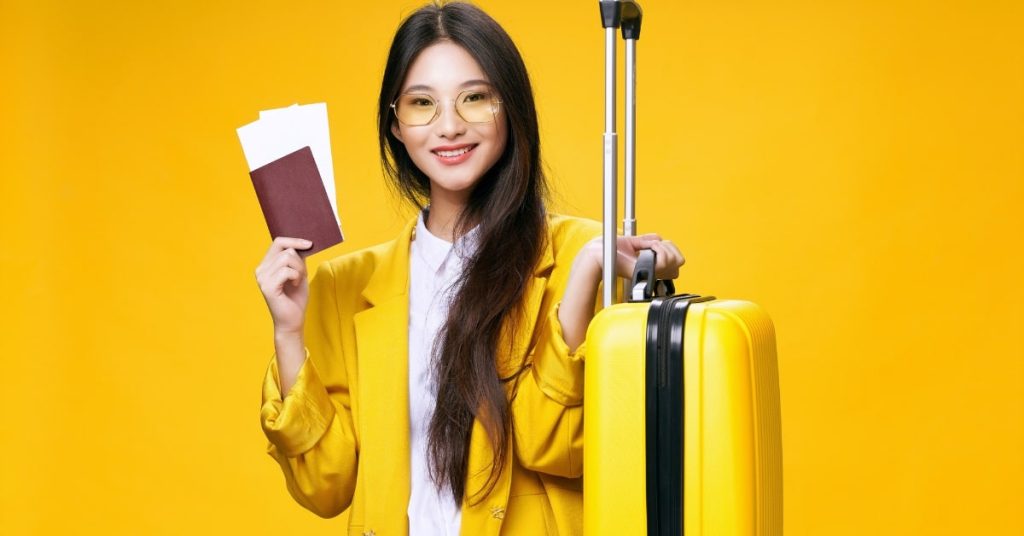 Can Americans Travel Without a Passport, of course, Do you know that the United States has an almost even area like all of Europe?

So, you can travel from one US state to another in the same length of time it takes to travel to two European countries as a US citizen. You don’t need a passport to travel to these places because they all are part of the United States.

The United States has several territories in the Pacific Ocean that have their own set of laws for traveling without a passport. Prior to September 11, 2001, travel restrictions between the United States and its surrounding countries were less stringent than they are now. The majority of the time, you will require a passport to travel, but there are always exceptions.

Here is your guide to tell you about the list of best places to travel without a US Passport. Please note that traveling without a passport in certain countries and US territory is normally only possible by land or water, and if you travel directly there, you will still need to show some proof of Identity like a valid driver’s license or certified birth certificate.

Best Places To Visit For Americans Without A Passport

Let’s have a detailed look at these passport-free destinations for Americans…!!!!

The American Virgin is one of the nearest islands to Puerto Rico. The US Virgin Islands has three main islands- St. Thomas, St. Croix, and St. John’s, with tourism, has its soul. Each island has its unique charm. With its national forests and world-famous diving, St. Jons will lure true dreamers. St. Croix is a breathtaking site for premium honeymooners. St. Thomas is every shopper’s dream of course. These islands offer you various activities like jungle trekking, horse riding, golfing, and water-based activities.

This chain of islands is in the Caribbean and exploring them doesn’t need a passport. Though you need some form of acceptable identification for traveling.

For a lot longer, visitors from the United States Have flocked to the island of Puerto Rico. Many of its joyous sites are available without a passport, hence making it one of the best and most accessible Caribbean locations.

In Puerto Rico, you may explore some of the world’s best beaches, participate in a range of water sports, hike along scenic trails, and even kayak to Mosquito Bay where the sea shines. This place is also perfect for astounding summer meeting date couples. They can do a few activities with their partner and enjoy themselves freely overall, if you don’t want to deal with the headache of obtaining a passport then Puerto Rico is the perfect holiday spot.

The US territory of the Northern Mariana Islands is located in the northwest pacific ocean. The archipelago consists of 14 islands, With Guam being the southernmost but independent territory.

You won’t need a passport to enter or exit the place. A valid identification certification is only required.

US citizens can enter this island, which is located in the north pacific ocean, without a passport if they have valid citizenship proof. This is one of the populous islands which is great for a summer vacation.

The island boasts some of the world’s top beaches, including ypao beach park. It is also famous for its great climatic conditions. It also boasts a rich cultural legacy and you can even see distinct warships deep in the ocean, both of which are relics from World War I and II.

American Samoa is a group of seven islands in the south pacific. It’s a fantastic eco-tourism destination because it’s a stunningly gorgeous island paradise. This place is not so overdeveloped. There are no five-star resorts or any tourist activities. Instead, you’ll find peace and beauty in the form of mountains, lagoons, coral reefs, and so many other natural wonders. Make sure to visit the national park when you are here. This territory is, however, one of the most difficult to reach because planes reach there are few and you must enter through Honolulu and Hawaii.

If you travel by land or sea, you can visit Canada without a passport. However, you’ll need a passport card or a NEXUS card. A NEXUS card is a sort of travel document that permits you to pass through the Canadian border in a faster and more efficient manner. This is because of a cooperative program between Canada and the US.

You can visit Mexico without a passport if you have a passport card or an importer’s driver’s license, thanks to the western hemisphere travel initiative (EDLs). An EDL is a travel document that verifies your identity and citizenship in the United States and enables entering Mexico by land or sea easier and faster. Your EDL can also be used to travel to Canada and other US territories in the Caribbean.

You don’t need a passport to visit Alaska as it is a part of the United States. If your flight includes a stopover in Canada, you will need to present your passport when you arrive at the airport.

Alaska is a place that should not be disregarded due to its diversified topography and breathtaking natural beauty. If you are traveling straight from the US to Alaska then you don’t need a passport.

Except for these famous passport-free places, You may also have the option of fantastic cruises. Let’s have a look at these closed-loop cruises.

Citizens of the United States who board cruise ships in the United States, travel only in the western hemisphere, and return to the same port may provide a government-issued ID such as a driver’s license together with an original birth certificate to verify citizenship. On a closed-loop voyage, you’ll only need these documents to have a path to the United States. You should be aware that you may need to present the Passport if the Cruise can have a stop at any of the places which are outside the US territory that may require a US passport. So, you may find yourself stuck at the ship while your co-passengers enjoy the destination port cities. You should have knowledge about all the details related to the cruise you are traveling on.

If you need to go to some exotic and fantastic places then visit any of the given options of US territories or book a closed-loop cruise.

If you have any other destination in mind, then feel free to drop your idea here. So, What will be your ideal passport-free traveling spot…..Let us know in the comment section…!!!!