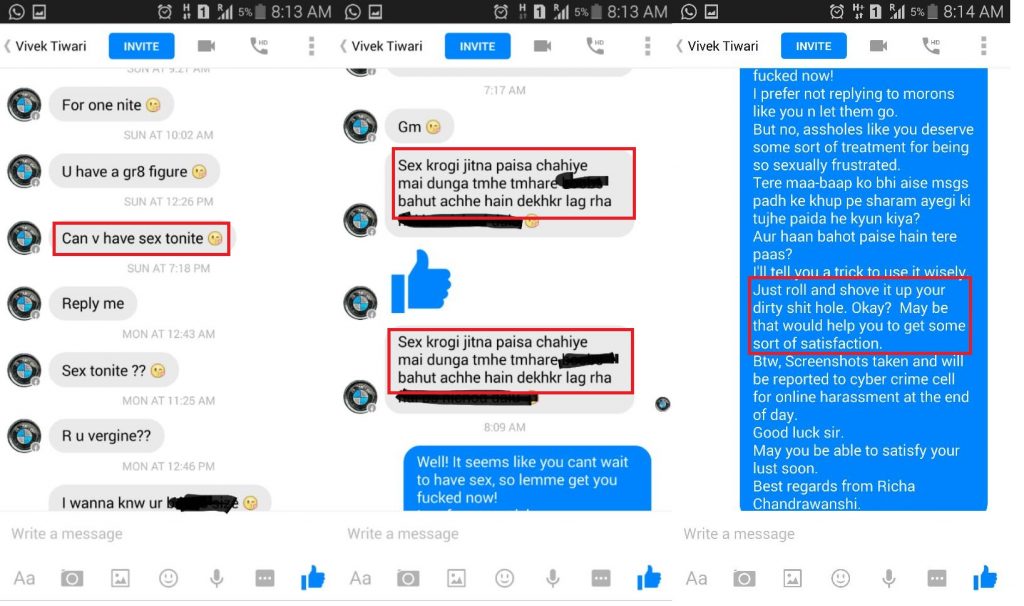 Today Social media is more important than food or water for the youth as well as for others.

Before few weeks ago, a guy asked a girl for her naked selfie, and she responded him in a brilliant way. And now another girl faces the same issue. But this time, a guy continuously sending dirty messages to her. But instead blocking, ignoring or reporting to police, she handles him with her way.

She capture the screenshots  of his messages and post on her timeline.

[ap_tagline_box tag_box_style=”ap-left-border-box”]All the girls out there know it’s suchha common thing to get the texts like this. Our “other messages” folder is filled with more stupid texts like this. But we ignore n that’s what make them think it’s okay to post such things![/ap_tagline_box] 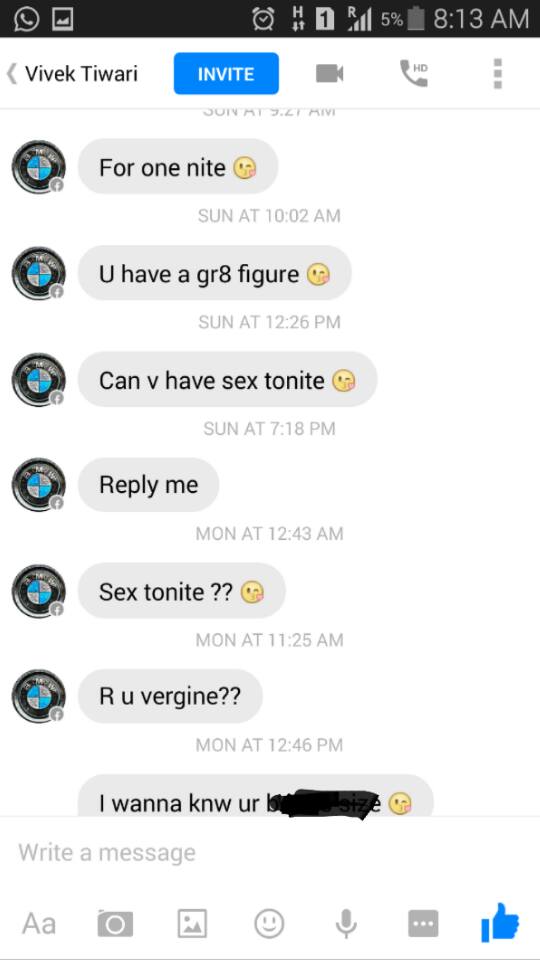 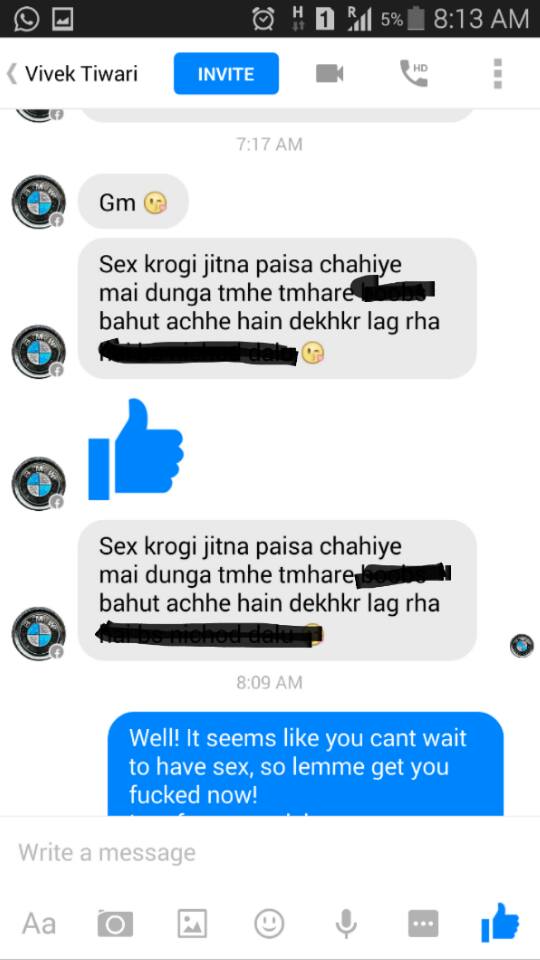 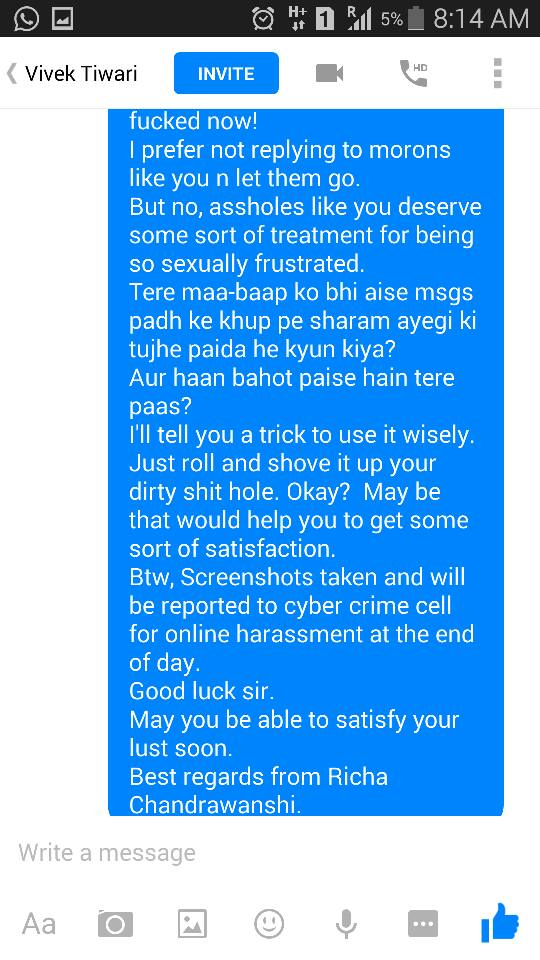 I think, this was enough for him.